Why we are a contrarian investor in India

In finance, a contrarian is one who attempts to profit by investing in a manner that differs from the conventional wisdom, when the consensus opinion appears to be wrong. Wikipedia

With India regularly in the global headlines with bad news, we often get asked about why we’ve chosen to focus our first seed fund to invest in India. Here’s our thinking…

We invest in businesses serving the masses. In India, there are 1 billion people who fit in this “base of the economic pyramid” market segment. Most of them are dramatically underserved for access to improved livelihood opportunities and access to affordable healthcare, education, drinking water, energy, etc. There is no other single market that even comes close. As an example, one of our most successful portfolio companies, Hippocampus Learning Centres, has over 3,500 students enrolled and has plans to double their business annually for the next few years. They are able to do this entirely within a single state in South India – Karnataka. Even after doubling two more times, they will still be serving under 15% of the addressable market in Karnataka alone. Hippo will over time go national and ultimately probably international; their market opportunity is nearly boundless.

Despite India’s perception as place full of entrepreneurs, it is only recently that it has been more generally accepted for a smart, educated professional to risk-it-all in founding a startup in India. With the high-profile success of some pioneering India entrepreneurs (and successful Indian entrepreneurs moving back to India after living overseas), more people with the entrepreneurial DNA are choosing to go out on their own to create a disruptive startup business. And the raw talent pool is excellent, fed by high quality educational institutions and polished in both domestic and overseas industry experience from multinationals and/or global-quality domestic companies. 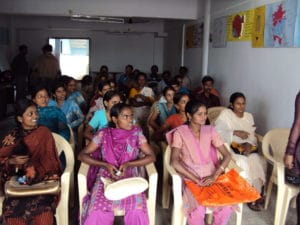 We believe that many of the break-out emerging market businesses (and business models) with global scale potential are going to be hatched in India. The India market focuses so much attention on affordability and scale driven by competition. This has led India to become the lowest cost mobile telecom market in the world. And among the lowest-cost high-quality providers of outsourced technical and business process outsourcing services. Companies that can do well at scale in India are likely to do well globally.

4. English is the business language

Across India and the 100’s of local languages that exist, English has become the common language of business. This makes it much easier for us to do business as investors even with our team that speaks 10+ local languages. This also makes it easier for us to attract global investors who almost all also do business in English and will likely provide the bulk of follow-on growth capital.

India is ranked in 2014 as the 134th(of 189) best country for doing business. India has big corruption issues, poor infrastructure (compared to the West and to China, but good compared to other emerging economies), a slowing rate of growth, dysfunctional political leadership, a volatile currency, and challenges with enforcing rule of law, etc. It is hard to ignore the chaos – who wants to work with those challenges?

If it was easy, everyone would be doing it!

Yes, there are difficulties in starting and operating a business in India, many of which aren’t going to be fixed soon. There are sectors where one must blatantly break the law to operate effectively (real estate and mining come to mind). Politics in India is about as dysfunctional as in the USA. Enforcing contracts through the courts is very challenging due to the case backlog. Investor protections though are pretty good – India ranks at 34th, tied with Sweden and Denmark.

We have shared previously that we aren’t worried about the India rupee and in fact we think that now is a great time to invest in India. India is out of favor with a lot of investors right now which means that we have less competition for investments. And we believe that the markets we are investing in are going to see massive growth in the next 5-10 years. 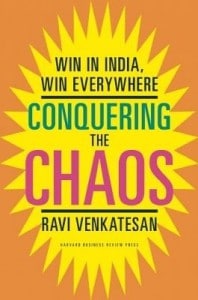 Winning in the Frontier Market of Emerging Markets

Our Venture Partner, Ravi Venkatesan, has recently written a best-selling business book, Conquering the Chaos: Win in India, Win Everywhere, where he describes how the MNCs who have figured out how to succeed in India have often leveraged the learnings in order to succeed in other chaotic emerging markets.

India is the frontier market of emerging markets. Most emerging markets are chaotic like India – but at much smaller scale. We expect many of our learnings from operating our seed fund in India will be applicable as we invest in other emerging markets in the coming years.