George Bernard Shaw once said: “You see things; and you say ‘Why?’ But I dream things that never were; and I say ‘Why not?’” His quote perfectly identifies the one unique characteristic of entrepreneurs. That they are PROBLEM SOLVERS.

Who is solving the problems beyond ecommerce?

The fact that India is today one of the most exciting startup ecosystems in the world is no longer breaking news. At a first glance, it might seem that much of this euphoria around startup innovation, disruption and funding is a rich, urban phenomenon with the startups providing more convenience and luxuries to the already privileged section of the society. But, in a country with over a billion people living without access to such luxuries, the so-called bottom-of-the-economic-pyramid which represents 4 of every 5 Indians, also faces some of the most difficult problems around poverty, education, health, water, and sanitation. Are such problems not as interesting for entrepreneurs to solve as food delivery and gaming and ecommerce?

IMPACT ENTREPRENEURS are doing precisely that by focusing on building a better India, using innovation and technology to provide scalable services or livelihood for the underserved masses. They might still be small in number but their tribe is increasing and they are getting increased access to capital today.

What does data reveal?

Venture Intelligence data reports that Impact Investments increased by 8% from 2014 to 2015 with over $95M invested in 2015 across sectors. Interestingly, IT/ITES sector remained the top sector for Impact Investors with 14 investments worth about $25 million; proving that technology is becoming the key enabler for scalability in Impact Businesses.

Education was the second favorite industry during 2015 attracting 11 investments worth $8 million (against 10 deals in 2014). Vocational focused companies attracted the most interest.

The large 5 cities, Bangalore, Chennai, Delhi, Mumbai and Hyderabad saw the highest number of deals with the South region leading in terms of deals announced during the year.

Unitus Ventures was quoted in the report as the most active Impact Investor in 2015. 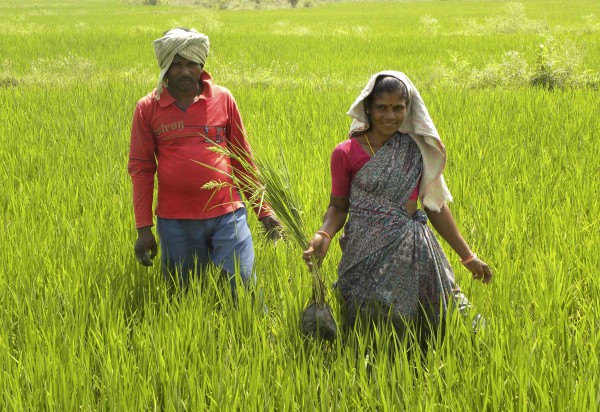 In our view, 2016 will see more innovation as well as investment across sectors.  Affordable healthcare will be a key driver and we expect to see innovation in preventive medicine, single specialty hospitals, increased use of technology, IOT and analytics in diagnostics devices to improve predictability.

In Education, we would like to see more focus on improving quality of teaching, skills development, enhancing basic skills such as reading and writing and providing Education as a service.

Another interesting area is ‘livelihoods’; for example, labour-as-a-service, which connects the suppliers to their customers increasing not just efficiency and income of the labour, but also the convenience and value for the customers.

We are also interested to see innovation in Financial Technology; innovative uses of Aadhar card in providing alternative credit-scoring methodologies for the underbanked or enhancing micro-insurance.

Impact Entrepreneurs, we believe, will continue to solve some of the most difficult challenges our country faces and use market-based models to drive scale and profitability. In the words of Einstein, “Not everything that counts can be counted, and not everything that can be counted counts.” We hope that the Impact Entrepreneur Problem Solvers will continue to focus on what counts and not just bother about what’s getting counted.