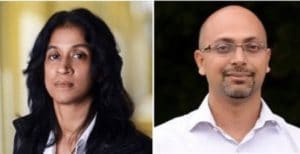 “We are excited to welcome Padma and Ganesh as we step up our investing and fundraising activity in the new year,” said Will Poole, Managing Partner, Unitus Ventures (formerly Unitus Seed Fund). “We’re looking to make 8-10 new investments this year. We’re seeing exciting companies in healthcare and financial technology, which have giant new markets opening up  given the continued increase in smartphone and internet penetration in small town and rural India.”