The age of enlightenment period was characterised by the belief that an individual needs to take precedence over the absolute monarchy. This laid the foundation for most western political establishments and ideologies.

This couldn’t be more relevant and apt in the current economic scenario.

With more than 15% of unemployment among college graduates and only 17% of the GDP contribution coming from women, the principle of bringing power back to the individual couldn’t resonate more appropriately.

Increasingly, it is becoming critical to move away from the age-old model that the workforce needs to comprise of only employees working full time and clocking a fixed number of hours. The traditional model worked in the era of mass-production and consumption where the consumer had almost no choice. However, with increasing consumerization of everything including healthcare, newer models are emerging to plug in this gap.

The power of balance is shifting away from a large corporation to newer startups and more importantly individuals. How do we bring about this culture in the society?

Keeping this thesis at heart we have been lucky to partner with two startups that stand for the “Individual led model”- CueMath and more recently Awign.

Awign is among our latest investments and probably the deal we closed in the shortest period since we first met Sarthak and team. Awign processes tasks that require physical or human intervention as internships for college students.

Like with all things in India, not everything can be digitised and processed online, be it auditing of a petrol bunk or a kirana store to onboarding of vendors for e-commerce companies. 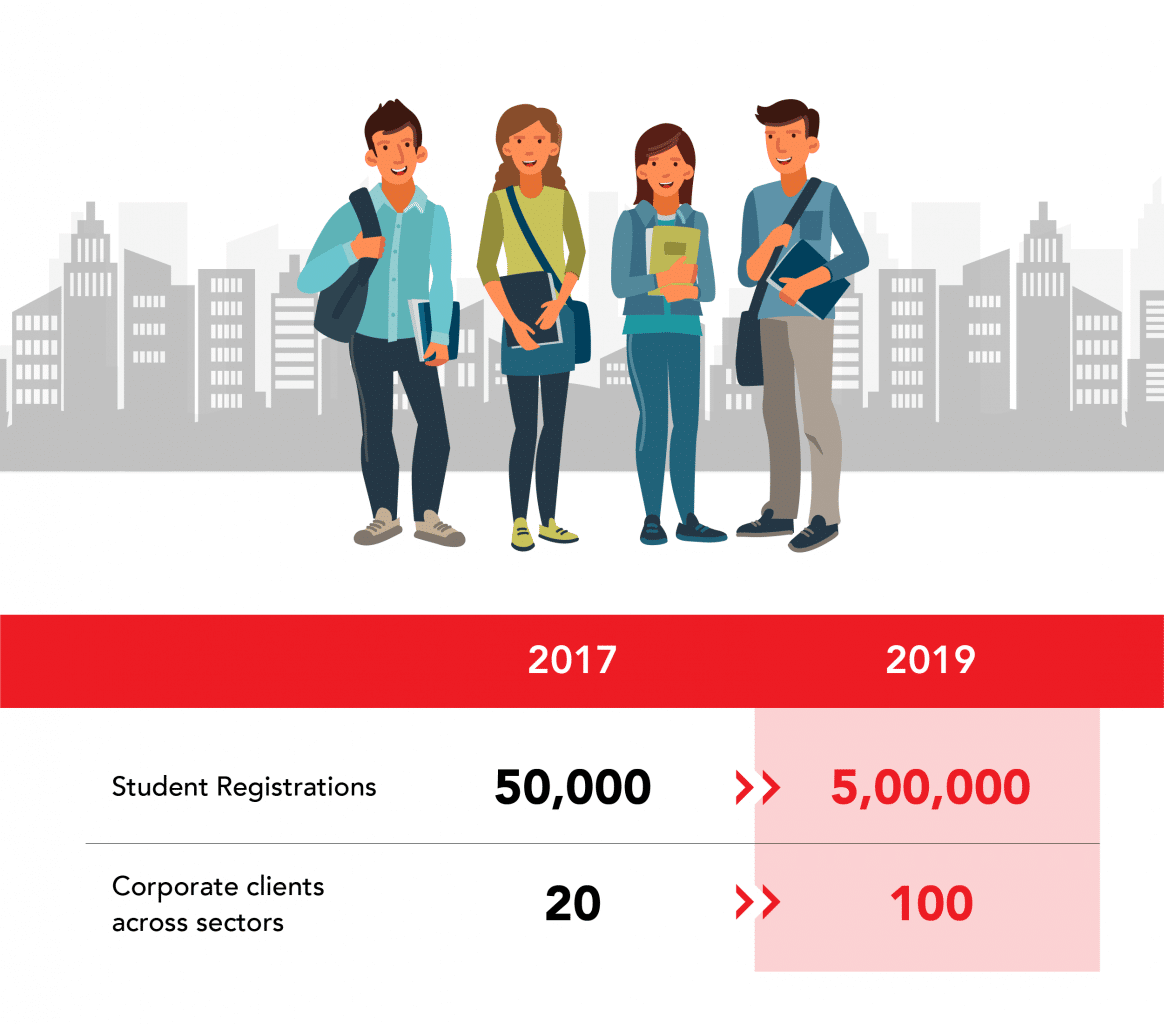 While tech is the backbone of the operations, the task can only get completed by someone who is physically present at the point of the task. This is where the college students are able to process these tasks a lot more efficiently given their presence in remote towns and areas like Moradabad and Vapi and are also able to finish tasks in shorter time spans given their flexibility in working hours.

Awign is able to process the same task in nearly one-third time that a typical vendor would take, if present in those pin codes, to complete a task. Awign currently has ~60k students on the platform and a student can earn an average monthly stipend of ~INR 7k for putting in about 2-3 hrs/day.

In addition, a student sitting in Kodagu is able to get the exposure of working even before graduating and gives them a flavour of having a job. This experience is invaluable especially in Tier 2,3 cities where opportunities are far and few between and any attempt in showcasing their skills through real-life problems makes them that much more employable.

CueMath partners with the stay at home moms to facilitate after-school maths classes for children in the age group between 5 and 14 years. Women who are well qualified, used to be part of the workforce but have now chosen to not work full time, are getting a lifeline of working for a few hours a day at their convenience from the comfort of their homes.

CueMath is creating a new pool of teachers out of competent, qualified women and making them owners of their own maths centre. While the idea may look simple at the heart of it, its effect on the 2k teachers working as CueMath champions is far more impactful and long-lasting.

Take the same model of empowering individuals into a rural setting and you start creating livelihoods where most others have failed. While the traditional model of village level entrepreneurs (VLEs) has been prevalent, it hasn’t met with the same level of success as one would have envisaged because of multiple reasons.

Be it the tendency of large companies to push products onto the VLE without taking into consideration the relevance of the product and credibility of the VLE or the lack of skilling of VLEs which meant they were set up for failure and dropped off the network immediately when they inched towards F.

Approaching this problem from the perspective of the rural youth and consumer, 1Bridge is building a network of rural entrepreneurs selling products that match the increasing aspirations of the rural citizens. 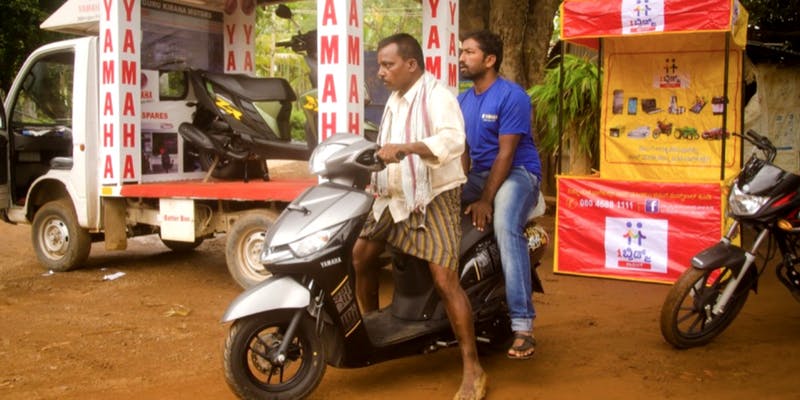 What has conventionally been a channel to dump products that large organisations felt was “befitting of the rural consumer”, 1Bridge has flipped that approach and sells only products that the consumer wants. This ranges from washing machines to tractors to mobile phones, keeping the aspiration of the rural citizen at heart.

All this while training the rural youth who act as ambassadors of 1Bridge, hand holding the consumer through the decision making and purchase process. Working with ~600 entrepreneurs (50% of them are women) and presence in over 1000 villages in Karnataka, 1Bridge has facilitated over 2.5k orders.

There are other companies including Playment, Squadrun in India and Mighty AI (formerly known as Spare 5) in the US that work with individuals at the core of their model.

While micro-tasking is one approach, there are other sectors which could hugely benefit by tapping into the distributed workforce looking at opportunities for employability while retaining their flexibility and freedom.

What Clicks In These Models?

After having looked and worked closely with companies that are using micro-entrepreneurship at the core of their model, two elements stand out that make it essential for anyone looking to adopt this kind of a model.

How much of the micro-entrepreneurs income is dependent on your organisation?

It is critical to ensure that your organisation is able to provide for the majority of the individual’s income ensuring that they are able to see predictable and sustainable income while being associated with your organisation.

While this may not happen within the first 3-4 months of onboarding, you will be able to find a committed individual only if you are able to drive substantial income their way within 6-9 months.

Use a benchmark of ~60%+ of their income to measure who will stick on and who will likely drop off.

Loyalty And Your Personal Champions

Since the micro-entrepreneur is the face of your organisation, it is critical they are passionate and your vocal champions. They need to be vehement supporters of the brand (think Bezo’s level of customer delight) and be instrumental in acquiring your next set of maniac supporters.

This only gets built with time when they have seen how being associated with the brand has improved their income and employability status.

Sow the seeds of this as you recruit your first 100 entrepreneurs and keep in mind how this can mould your network.

Next Wave Of Employment

The next set of jobs for the larger population will not be created by established industries but by smaller startups and SMEs looking at increasing efficiencies and willing to use micro entrepreneurs as employees in the new sense.

Build and invest in them for the sake of your enterprise and flourish in their success. We are interested in models trying to bring employability to the next 300 Mn people and would love to hear from startups working in this space.

This article was originally published on Inc42 >