Making India a ‘BetterPlace’ for Every Citizen

Last month at IBM’s Engage 2016, Nandan Nilekani, former Chairman of Unique Identification Authority of India (UIDAI) took centre stage to talk on how data will drive the Indian economy. He said, “India is moving from a low-trust, anonymous country to a high-trust, identity-verifiable country. Everything we do, will have to be re-imagined for the new economy.” With over one billion Aadhaar enrolments in less than five-and-a-half years, India is undoubtedly steering towards a data rich country, allowing us newer ways of doing things.

How can data help?

Pravin Agarwala, Co-founder of our portfolio company, BetterPlace Safety Solutions tells me that nearly 400 million people are migrating from the informal to formal economy, in other words, from rural to urban India in search of jobs and a better life. How can we leverage on data to create an easy passage of movement for them? Before delving in to the ‘how’, it is important to understand ‘why.’ Pravin recalls a recent incident in Guwahati, Assam, “Earlier this year, a 11-month baby was kidnapped by her domestic help. Luckily, the local police acted swiftly and the baby was later rescued from the clutches of the kidnapper who intended to sell her at a hefty price. Further investigations revealed that the domestic help was involved in multiple similar cases.” He questions, “If there was a way to verify the domestic help’s past — her employment and education, personal life, criminal history (if any), wouldn’t this situation be avoided?”

Of course, yes. While on one hand, there is a critical need to curb the rising cases of violence, threats and fraud, which are largely a result of migration, on the other hand, it is equally imperative to integrate the blue-collared workforce seamlessly in to the industry, giving them a chance to better their lives. And this is what Pravin’s BetterPlace Safety Solutions is doing. Founded in late 2014 to assure “safe living to every citizen”, the company leverages multiple data sources including Aadhaar to restore the growing trust deficit across sectors. 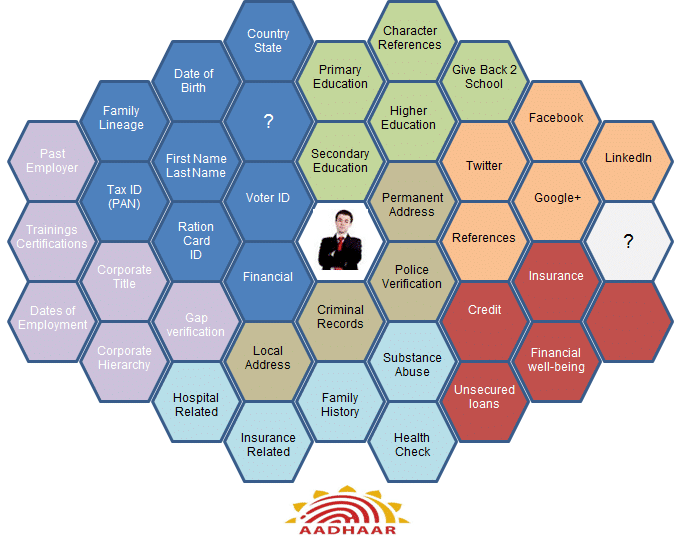 How is BetterPlace SAFE powering every citizen?

The company’s key product solution ‘Hire SAFE’ enables employees to hire verified blue-collared workers. Unicorns such as Flipkart and Ola are among the 100+ Indian companies that have already adopted the solution and are seeing visible impact. Pravin says, “Of the half a million checks we have completed, at least 30 per cent potential employees furnish fake details such as address proofs, education etc. Approximately 2 per cent have a past criminal record and 4–5 per cent are suspects.” He further says, “A trend that’s worrisome is when children below 18 (legal age to work in India) manipulate details on their Aadhaar cards to get a job. BetterPlace’s solutions can verify all these.” Citing a client experience, Pravin says, “We conducted 2, 000 checks for a client and found 137 criminal cases. The client didn’t hire anyone.”

BetterPlace isn’t just about weeding fraud job seekers. It’s striving to solve the larger social need of safety which will be possible only if — information sharing takes place and citizens are self-motivated to be trust-worthy individuals. Pravin urges his clients to report fraud cases whenever they arise on to the platform, making it a strong network. In a recent case, a delivery boy fled with his company’s goods and his manager immediately updated the database. Few days later, when he applied to another company (which also happens to be BetterPlace’s client), they checked the database and put forth a condition that they will hire him only after he returns the goods to his previous company.

Pravin says, “As more and more people start utilizing the platform, the petty crime rate will be lowered significantly because workers will be vary committing such crimes.”

To strengthen an individual’s motivation to create a strong, high-trust profile, BetterPlace allows individuals to decide whether or not they want a potential employer to view their profiles. The trust factor is thus, built around integrity, character and verified parameters.

And Aadhaar rightfully forms the base of everything, BetterPlace does. Pravin says, “In India, Aadhaar’s near universal coverage and technology-driven approach (particularly mandating the biometrics) enables us to enrich the Aadhaar information with our multiple layers of profiling, making it holistic and verifiable.”

In the near future, BetterPlace is aiming to create “A Better Place for A Billion+ Indian Citizens by SAFEPowering them”.