Following in the footsteps of microfinance over the past decade, low-cost private education is poised to become a driving force in improving the lives of crores of Indians living at the base of the economic pyramid (BoP). Venture investments are picking up, and public markets are rewarding the best new companies.

Education Following in Microfinance Footsteps, Delivering Where Government Has Failed

Over the last decade, microfinance made the transition from experimental early trials to scaled impact, reaching many crores (10’s of millions) of low-income Indians . While some still debate the fundamental benefits of microfinance in lifting people from poverty, it’s clear that bringing financial services to the poor is a critical enabler of their economic development. Market-based forces are able to step in and deliver where governments failed and where philanthropies were unable to scale. 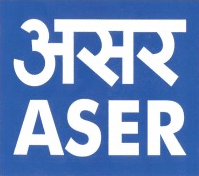 Private education is poised to become the next major sector for scaled positive impact on Indian society. The sorry state of India’s public education system has not been improving for years, despite billions of rupees of recent investment. In January, the ASER 2013 findings stated only:

With these poor results in public education, a growing and substantial share of Indian children are being privately educated. India’s K-12 system has 253M students enrolled in 15 lakhs (1.5 million) schools 3 lakh (300,000) of which are private and account for 40% of total school enrollment. If private education grows as forecast at 4%, there will be an additional 1.3 lakhs (130,000) private schools by 2022 and private school enrollment will increase to account for 55-60% of total enrollment. 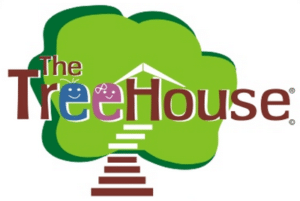 Education entrepreneurs have not missed this opportunity. New companies such as Tree House that are serving children from higher income families are thriving, having learned hard lessons from some of the pioneers that are struggling (e.g. Educomp, Everon). Tree House has grown to 490 centers in 63 cities and is aiming to have 1,000 centers with 1 lakh (100,000) students and 1,000 centers by 2018. It commands a public market capitalization of RS 1,370 crores ($225M) as of July 2014.  Since 2012, more than 1,575 crores ($262M) have been invested by traditional venture capital firms into the new breed of education startups that primarily focus on middle and higher income families. See a list of venture investments into the education sector since 2012 >

Hippocampus is the first break-out BoP Education Startup in India

Unitus Ventures has seen increasing activity in education startups focusing on low-income students. Over the past two years, about 1 out of 8 of the startups we’ve looked at are in the education sector. A shining star in this area is Hippocampus Learning Centres, a Bangalore-based startup that’s grown rapidly, operating in villages in Karnataka with a population of between 3,000-20,000 people. The average income of parents in these villages is Rs. 60,000 ($1,000) per annum, with a significant portion of their earnings coming from agriculture. Across India, there are 8 crore (80 million) children in families who currently have only low-quality education choices from government or private schools. In the academic year 2014/15, Hippocampus expects to serve about 6,000 children. The opportunity for Hippocampus and similar companies to profitably educate low-income children is virtually without limit.

“The governments have done a commendable job in increasing enrollment coverage to 97 percent of the population. Their inability to offer quality education has resulted in a huge pent up demand in parents even in rural far flung places for affordable, quality pre-school and primary education,” said Umesh Malhotra, CEO of Hippocampus Learning Centres.

Going beyond early learning centers, the Affordable Private School (APS) movement caters to low-income families wanting a better K-12 education for their children. APS are unaided by the government and charge fees as low as Rs. 120 (US$2) per month, and no more than Rs. 1,500 (US$25) per month per student. Parents choose APS for a variety of reasons, including the perception that private schools provide higher quality education than government schools, and because APS are primarily English-medium schools. The APS sector is particularly robust in India, with an estimated 3 to 4 lakh (300,000 – 400,000) currently in service. Despite perceived higher quality vs. government schools, many APSs are simply not high quality. Education entrepreneurs are looking to intervene with technology, training, and digital content that can improve quality and outcomes at scale.

Unitus looks forward to finding the best of the next generation of education entrepreneurs who are building scalable and profitable solutions to improve the access to and quality of education for low-income families in India.

Getting Funded by Unitus Ventures >