3 October 2016, Philadelphia and Mumbai – UE LifeSciences, a US-India based mobile health technology developer of iBreastExam, has raised follow-on strategic investment of $1.2 million (approximately INR 8 Crore) led by Kiran Mazumdar-Shaw, Chairman and Managing Director, Biocon. Existing investor, Unitus Ventures, India’s leading impact venture fund also participated in the round. The funding will be utilized to scale the company’s commercial operations in India and expand the innovation pipeline in the mobile health devices segment. UE LifeSciences has successfully established its facility in Mumbai under the Make in India campaign to manufacture the devices for the Indian market.

“Breast cancer is the most common cancer in women worldwide and early detection is critical. In India, one in two women newly diagnosed with breast cancer succumb to it; a staggering statistic that can be dramatically improved with early intervention,” said Kiran Mazumdar-Shaw, Chairman and Managing Director of Biocon. “UE LifeSciences’ affordable, high-tech iBreastExam device is uniquely positioned to address this challenge effectively in both, urban and rural India.”

Founded in 2009 based on technology developed at Philadelphia’s Drexel University, iBreastExam is UE LifeSciences’ flagship product. Its key disruptive features are that it’s an ultra-portable and radiation-free device, usable by ASHAs or ANMs in virtually any setting, performs bilateral breast examinations with results in under 5 minutes, accurately detects lesions with sensitivity higher than 85 per cent, has low false-alarm rate (6 per cent) and does not cause any pain or discomfort. A clinical study, published in the Indian Journal of Gynecologic Oncology (IJGO) in April 2016, demonstrated an increase of 19 per cent in detections, even picking up non-palpable cancerous breast lesions, as opposed to the physician administered clinical breast exam.

“It has been an incredible honor to have Dr. Shaw as a long-standing advisor and now an investor,” said Mihir Shah, Founder and CEO of UE LifeSciences.  “She is a business leader par excellence with deep commitment to philanthropy and impact. She is a force to reckon with and we are really excited to have her by our side.” 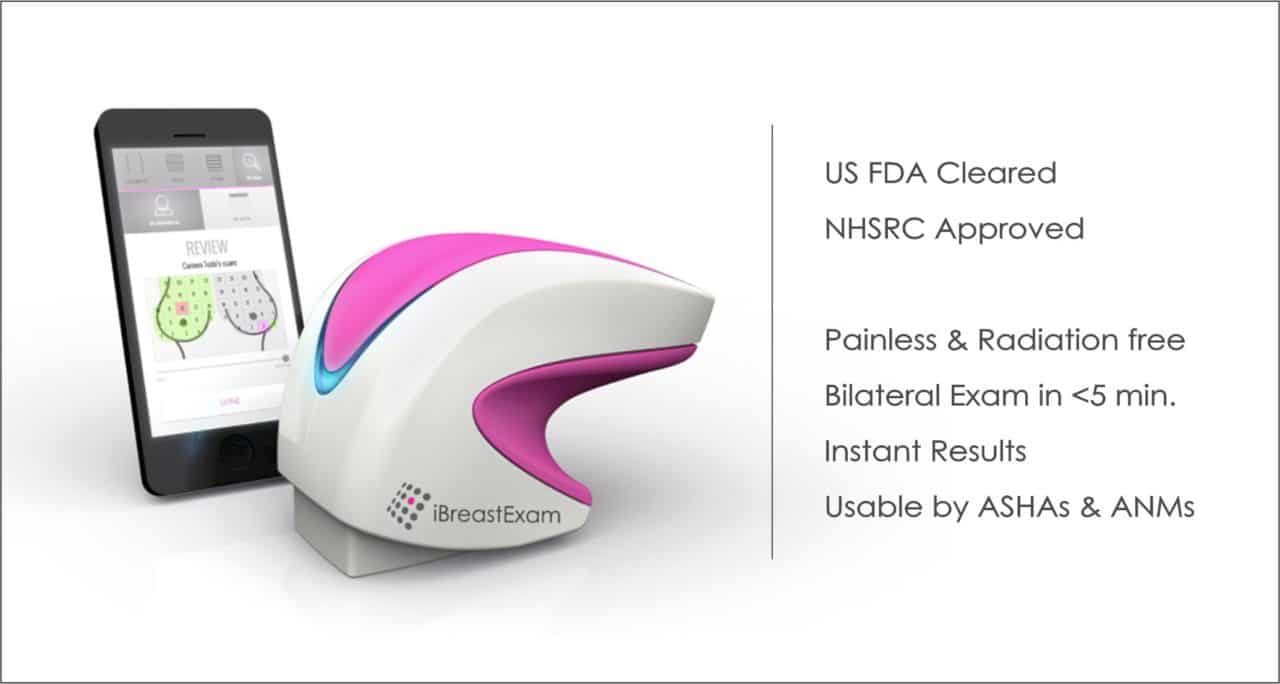 iBreastExam is currently available in select cities (Delhi NCR, Mumbai, Hyderabad and Chennai) through SRL Diagnostics, Medall, Metropolis labs, and Portea Home Healthcare. iBreastExam received US FDA clearance in April 2015 and is now approved by the National Health Systems Resource Centre (NHRSC) of India, which will accelerate the uptake of this innovation in to mainstream healthcare. UE LifeSciences is also working with non-profits to enable early detection tests for India’s underserved population. The device has been successfully piloted for Rajasthan, Delhi and Maharashtra State Governments. Over 20,000 women have received the iBreastExam test in India.

“The incidence of breast cancer has doubled in the last two decades. Yet, 90 per cent of the developing world doesn’t have access to any means of early detection,” said Dave Richards, Co-Founder and Managing Partner, Unitus Ventures.  “iBreastExam is a first-of-its-kind innovative technology that will bring high quality, radiation free and painless breast health examination to millions of women in India.”

Announcement of UELS Series A investment >