On-demand cabs, autos, cleaners, plumbers, masseuses – the list is endless! India is seeing a surge of startups offering almost everything on-demand. So why should good local grocery shops be left behind? Does the e-commerce boom in the country spell doom for traditional brick-and-mortar retailers? India’s 12 million strong mom & pop store network begs to disagree and is set to prove that online and offline models can coalesce to offer customers an uber-convenient shopping experience. India is now witnessing a new era of O2O (Offline to Online) commerce, with the grocery industry in particular, rapidly integrating the digital and physical world. JiffStore is riding this wave by leveraging the grocery store network across Bangalore, for a start.  In a short span of eighteen months, the company is clocking 6,000 transactions a month, with double-digit growth rates. JiffStore’s focus on groceries has helped model a seamless and convenient solution for shoppers. 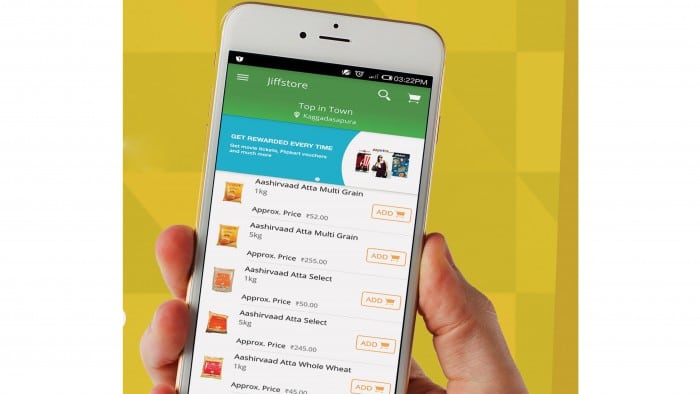 Jiffstore has managed to achieve over 200 transactions per day through its asset light solution model and smart engineering. Armed with the additional funds Jiffstore, plans to expand the company’s network of stores.  Funds will also be used to promote the firm’s services across various marketing channels, expand the team and improve the technology platform to provide superior customer experience. JiffStore is expanding its operations to other tier I cities Mumbai, Hyderabad and Delhi.

“Jiffstore has delighted shoppers by making mundane and routine grocery shopping extremely convenient and on-demand,” said Shameel Abdulla, CEO and Co-Founder of JiffStore. “We aim to take this experience pan India in a rapid pace.”

“We are excited about the prospects of India’s food-tech industry and are confident that Jiffstore has a strong platform to capitalize on the opportunity,” said Will Poole, Managing Partner, Unitus Ventures. “Jiffstore’s team has demonstrated significant customer traction and we are keen to provide requisite strategic and financial resources to help them catapult to the next phase of growth.”

“Jiffstore started in the hyperlocal grocery delivery before the rush started, they understand both side of consumer and retailers better than most of the competition, they have the best technology platform to fulfill the orders within 90 minutes. Jiffstore is one of the better team and we would love to support them to build a successful business,” said Abhishek Gupta, Head TLABS (Times Internet Ltd.).

Unitus Ventures is the leading venture seed fund supporting startups innovating for the masses in India. Unitus invests in healthcare, education, mobile commerce & value-added services, marketplaces & e-commerce, retail & distribution, agriculture, and water & energy sectors. Founded in 2012, Unitus Ventures is part of the Unitus Group, a premier financial services group operating in India and other emerging markets since 2000. Unitus Ventures is based in Bangalore and Seattle. More about Unitus Ventures >