Unitus Ventures (formerly Unitus Seed Fund) announces two new seed investments and the launch of a new India domestic seed venture fund. We were also awarded Best Indian Investor and signed on as a Founding Member of the India Impact Investor’s Council. And we received front page coverage in The Economic Times of India!

2. We announced that we’re raising a domestic impact equity seed fund in India

4. We received TWO articles published in The Economic Times of India (India’s WSJ) 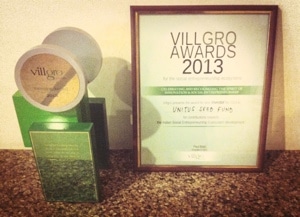 5. We were announced as one of ten “Founding Members” of the new India Impact Investor’s Council — a new impact investors trade organization in India.

Thank you all for your support!