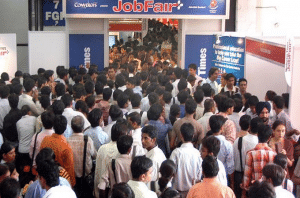 India will have the world’s largest population of youth entering its workforce in the next ten years. The country is currently home to 1.27 billion people and, according to a census survey conducted in 2011, has a youth literacy rate of nearly 75%. In preparation for the sudden influx of job seekers, funds have been allocated to expand the education system’s geographical reach, decrease tuition costs and establish certified colleges in remote areas. Despite the increased accessibility to educational resources, however, the Labor Ministry reports that 1 in 3 college graduates are unemployed.

When the Going Gets Tough… 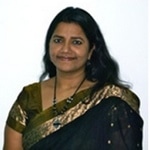 Surga Thilakan, CEO and co-founder of iSTAR Skill Development Services, believes that the unmet expectations of graduates have broken the relationship between India’s youth and the education system: “I think most students in India have given up,” she explains. “They go in to these colleges with the objective of gaining certification. They write an exam, get a certificate, and that’s the extent of their interest. The rest of it is enforced through attendance, but they’re really hostages in the classroom. They don’t want to be there.” iSTAR Skill Development Services was founded in an attempt to repair this relationship. The services provide low-cost job skill development services to commerce and business management students from lower tier colleges.

iSTAR’s decision to find a solution to one of the country’s biggest issues lends itself to a variety of challenges. Surga believes that their biggest obstacles have been inherent in the environment that they choose to conduct business in. While iSTAR’s direct partnership with the National Skills Development Corporation (NSDC) has given them the luxury of walkthroughs on all government contracts, Surga still maintains that she has experienced a few instances of shocking bureaucratic corruption: “There was this one time where we saw a situation where there was an 89% kickback asked on the contract. Out of 100%, 89% of it was going to the political party to split between the party in power, the IAS officers and some brokers in between. 11% would be the royalty paid to our company for the use of our name. At 11% of a contract, you can’t really deliver training. What do you do with that much?  You just book your top line revenue and you get 11% cash and you sit on it. We refused that contract.”

Impact in the Future

iSTAR Training Services has now reached a point of viable success. In the 2014-15 academic year, it will serve over 5000 students in Bangalore and Chennai, and, over the next couple of years, Surga and co-founder Sreeram Vaidyanathan hope to expand iSTAR into other major Indian cities. They also plan to implement corporate programs that will provide up-skilling services for existing employees.  Although she is hopeful about the change that the future will bring, Surga believes that corruption is only one of several issues that an individual attempting to impact the base of the pyramid in India will encounter. How do the founders of iSTAR remember to stay true to their mission despite the overwhelming challenges that they face? “It’s a hard choice,” Surga explains. “Why you’re here and why you’re doing this has to be loud and clear in your head all of the time, and as much as things look difficult along the way, the reason that you’re doing this has to be the question that you answer every night. Everything is stacked up against you. The state certainly is. The people will run away given a chance, and not to you. You need to have a vision that goes beyond all of that.”