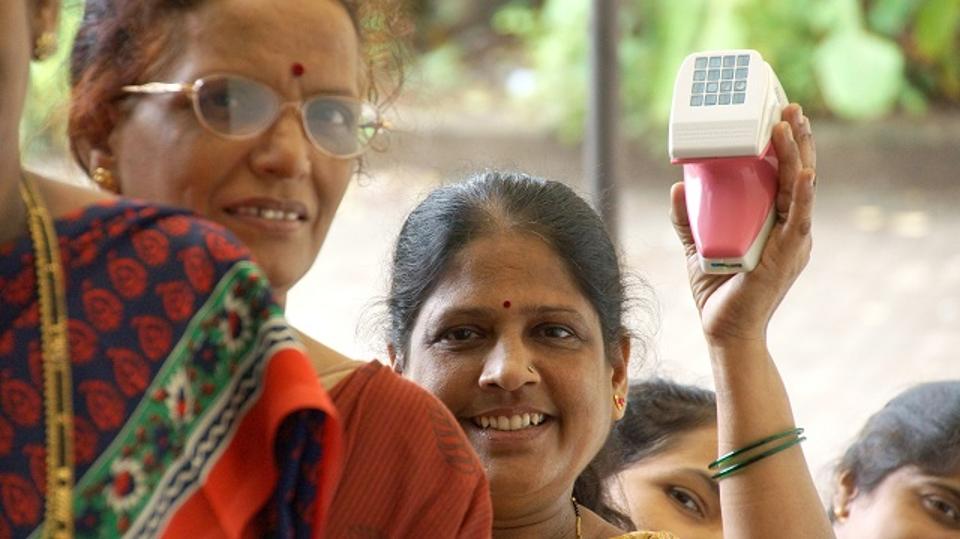 In 2013, approximately 70,000 Indian women died due to breast cancer; a 43 percent jump from 2008. Today, one in every two diagnosed women are dying of breast cancer. The mortality rate is alarmingly high due to two major reasons – delay in early diagnosis and lack of preventive breast health checks.

Mihir Shah (38), a Computer Engineer from Drexel University, pivoted his career into the healthcare domain when he learnt that entrepreneurs can license professors’ and scientists’ patented inventions and convert them into real life products and services. Since 2005, he has worked on multiple healthcare innovations, such as assessing cardiac output in a non-invasive manner, measuring traumatic brain injury-led bleeding in the skull, among others.

In 2006, when Mihir’s mother-in-law was diagnosed with breast cancer, his curiosity around the issue piqued. When he began having conversations with friends and family, he came across at least 10 women who were suffering from breast cancer. He says, “I learnt quite quickly that there are two worlds when it comes to treating breast cancer: the developed world, which has access to early detection and treatments, and the developing world, where access to even detection remains a key challenge leading to high mortality rates.” Further research with many surgical oncologists, radiologists, and epidemiologists led him to understand the deeper caveats:

This entire experience made Mihir question, “Why isn’t mammography available in India as easily as the developed nations? More importantly, why aren’t women getting a mammography done annually like in the US?”

And this is how the seeds of UE LifeSciences were sown in 2009 – to develop innovative and yet cost and clinically effective tools to battle the burden of breast cancer in geographies where incidence is on the rise and where western protocols for screening women is unadoptable or unsustainable.

Mihir collaborated with Professor Matthew Campisi and the first product they developed was, NoTouch BreastScan, which uses infrared photography to create a thermal map of the breasts and identify cancer hotspots. After two years, NoTouch BreastScan received US FDA clearance and so far, UE LifeSciences has successfully sold 30 units across seven countries.

Along this journey, Mihir and Matthew licensed a sensor technology from Drexel University, which could do something that NoTouch BreastScan was unable to ‑ “this new device could go to women instead of women coming to hospitals.” After two years of further work, iBreastExam was finally developed in 2015 and soon thereafter received US FDA clearance. Mihir says, “Its key disruptive features are that it’s an ultra-portable and radiation-free device, usable by ASHAs or ANMs in virtually any setting, performs bilateral breast examinations with results in under five minutes, accurately detects lesions with sensitivity higher than 85 percent, has low false-alarm rate (six percent), and does not cause any pain or discomfort.”

Recently, the Indian Journal of Gynaecologic Oncology (IJGO) published a study, with iBreastExam demonstrating an increase of 19 percent in detections, even picking up non-palpable cancerous breast lesions, as opposed to the physician administered clinical breast exam.

In less than a year, iBreastExam has screened 30,540 women in India, of which 30 early detections were confirmed. For the next year, UE LifeSciences has already received financial commitments to screen 4,00,000 women.

UE LifeSciences has also been building significant public, private, and non-profit partnerships. The Government of India is playing a significant role in increasing awareness around breast cancer. The Delhi Health Ministry’s Aam Aadmi Mohalla Clinics recently screened 1,000 women and the Maharashtra State Government pledged screenings for 2,50, 000 women. More are underway. On the corporate side, Bank of Baroda became India’s first nationalised bank to pledge screenings for all its women employees – a welcome move that will pave way for many organisations to follow. Other corporates include Kotak Mahindra, Biocon, The Times of India, and JWT to name a few.

Mihir says, “This is just the beginning.” His team’s ultimate vision is to “globalise iBreastExam.”

This article was originally posted on YourStory.