Investee Spotlight: How GoCoop is building an online marketplace for a million weavers and artisans in India

When I first read this article on GoCoop, an online social marketplace for India’s cooperatives and community-based enterprises, a line stayed with me. Siva said, “We are aiming to be the Amazon or Flipkart for handloom and handicrafts.” Much to my delight, last year in August, Siva sent an e-mail highlighting that GoCoop had won the National Award for eMarketing by the Ministry of Textiles, Government of India. GoCoop was competing with e-commerce giants such as Amazon, Flipkart, and Craftsvilla, to name a few. What’s more? In the same month, Siva also closed Series A funding from Infosys co-founder Kris Gopalakrishnan, Saha Fund, and existing investors, Unitus Ventures and Indian Angel Network.

Siva completed his Masters in Industrial Engineering and Management Systems from Arizona State University. After that, he spent nearly 14 years of his career in the fields of information technology and business technology with large corporations such as Exemplary Inc (spin-off of Hewlett Packard research labs) and Accenture. His first assignment in the Bay Area was to build a marketplace for a semiconductor industry; basically connect the suppliers of China and Taiwan with buyers in North America, which was a strong market in the early 2000s. He says, “By bridging this gap and going ‘direct’, we were able to facilitate better trade.”

Years later, Siva happened to visit his village, a small town in Andhra Pradesh’s Guntur District. He recalls, “While I had grown up seeing the misery of our weavers who were more or less victims of bonded labour, this time, I was able to see the problem differently. After interacting with many weavers, I understood that the actual problem wasn’t production or quality of the produce, but their inability to find avenues to market their products in a profitable manner which leads to the entry of middlemen and ultimately, exploitation and extreme poverty. When I connected the dots (my experience in the Bay Area and the situation of the weavers), it struck me that a similar online marketplace could be a potential game-changer.”

But, to do that successfully, Siva realised he needed to understand the grassroots issues first-hand. So, he spent the next two years consulting with the Regional Institute of Cooperative Management, Bengaluru (set up by the Ministry of Agriculture, Government of India) working with co-operatives and other grassroots organisations, understanding their challenges and developing relevant strategies. And in 2012, when he felt he had enough experiences and learnings, he started GoCoop. 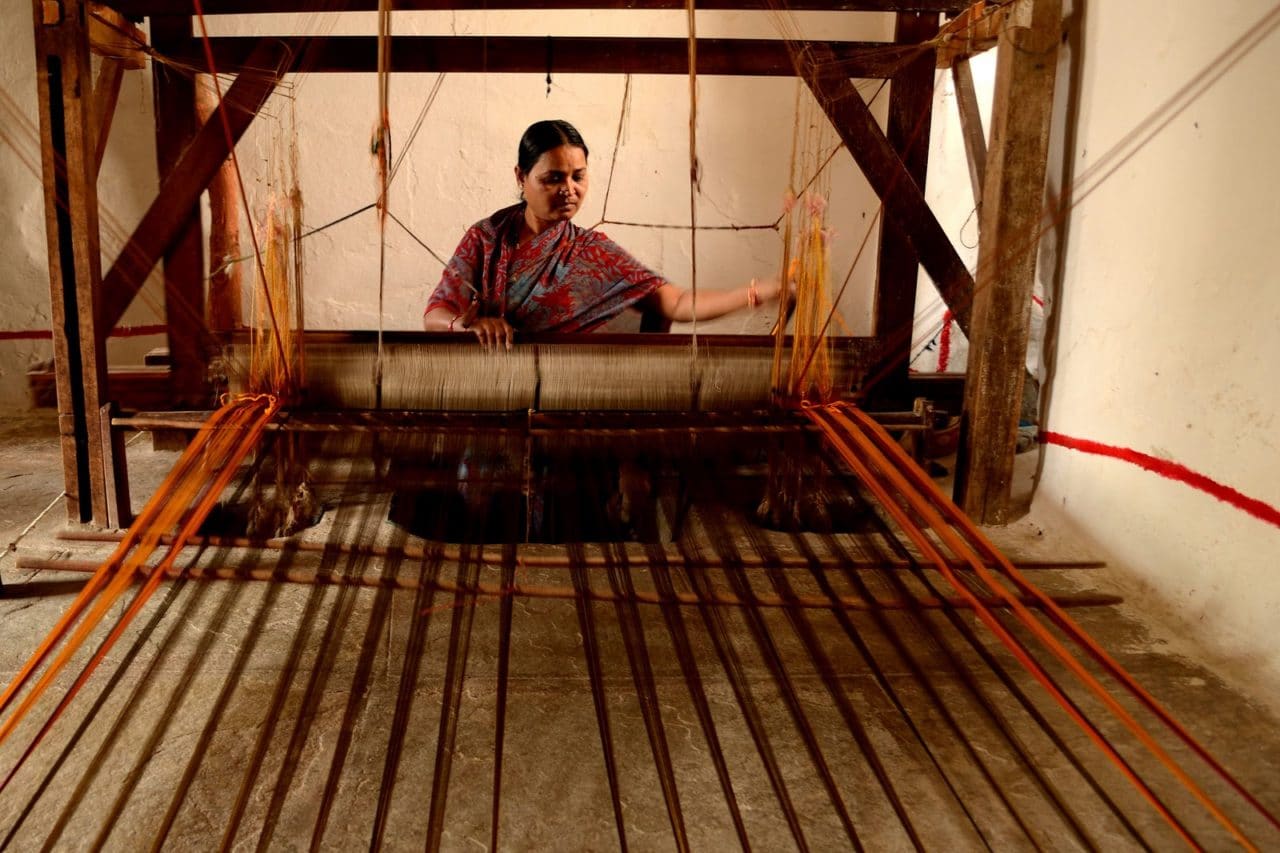 GoCoop: The model and key differentiators

India is the world’s largest producer and supplier of handmade crafts. After all, we are home to a roughly nine-million-strong weaver and artisan community that has formed 600 handloom clusters. Unfortunately, the sector is plagued with challenges — producer communities are hugely disaggregated with low capacities, lack of a transparent and traceable system that can ensure an equitable supply chain, inability to market the products nationally, high interference of middlemen, and low selling prices.

GoCoop was started to bridge these gaps and provide a sustainable livelihood for the producers. With a firm belief that technology can drive social change, Siva established the company in 2012 as the first online, easy, and transparent sourcing platform in India. The differentiators, as Siva explains, are quite a few:

Keeping in mind that this sector is the second largest in terms of providing livelihoods in our country, it is unfortunate that it is characterised by such a lack of transparent marketing channels. Unlike in agriculture, there aren’t local markets or mandis to sell the produce. This leads to the unwanted entry of traders who consciously create vicious cycles of dependencies (and poverty) either by assuring sales in urban locations (often inaccessible to rural producers) or giving them upfront capital to create produce.

Siva says, “When I organised the first meeting with a cooperative and showed a demo of our plan, there was a lot of scepticism. While people lacked access to facilities such as banking and internet which we take for granted, what was more striking was why they should trust GoCoop and how it would benefit their lives? It was imperative to build strong relationships with these communities.”

So, for the first two years, the team worked directly with the clusters (across Karnataka, Andhra Pradesh, Telangana, and Orissa) conducting capacity-building and awareness workshops across themes such as market research, design development, procuring high-quality raw materials, understand pricing mechanisms, advantages of going online, etc. GoCoop’s team conducted nearly 50 such workshops. These helped them immensely in identifying the ground realities of what can work and what won’t, but more importantly, it helped them gain credibility with the local weavers and artisans.

GoCoop launched the online marketplace in 2014. In the last two years, Siva has onboarded 44 clusters, 285 cooperatives which have approximately 70,000 producers across Karnataka, Tamil Nadu, Andhra Pradesh, Telangana, Kerala, Jharkhand, Maharashtra, and Orissa. The most recent addition is Madhya Pradesh. 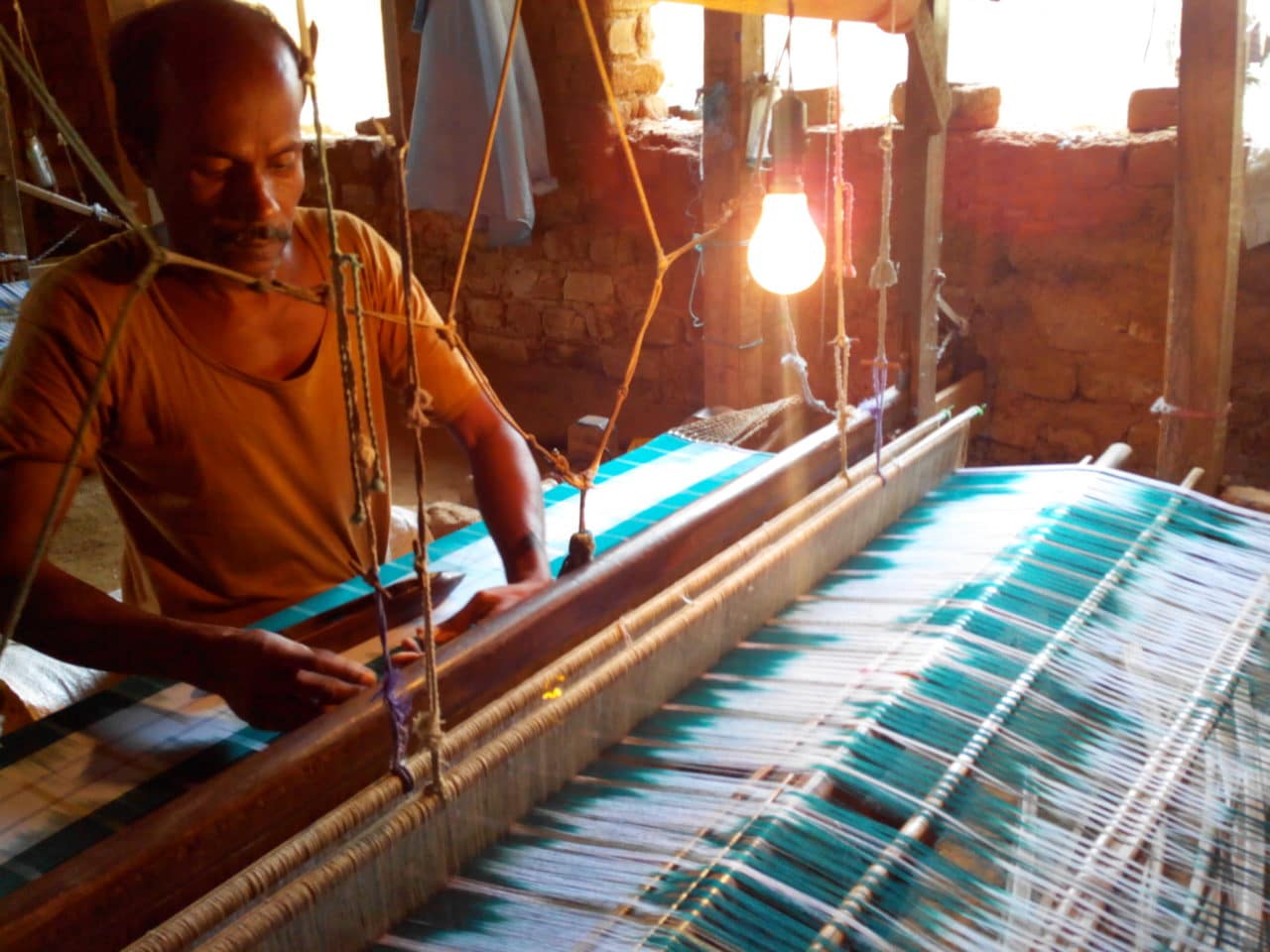 In terms of growth, the company has been growing 100 per cent YoY which is “a good sign for a social enterprise that is building a sustainable model.” GoCoop has already delivered more than 10,000 orders to over 11,000 registered buyers. While a large portion of their customers are B2C, GoCoop has also managed to work with large groups such as Aditya Birla and Reliance, to name a few. Siva says, “We are slowly building presence in international markets as well. GoCoop’s efforts have resulted in an average increase of 15 percent in income for all our weavers and artisans.”

Siva is now aiming to expand to a total of 100 clusters in the next 24 months and reach 1,00,000 customers along with 100 B2B buyers in the next 36 months. Talking about the larger picture, he says, “My dream is to empower a million weavers within the next five years.”

Reflecting on his six-year journey in establishing GoCoop, Siva says, “It’s critical to develop a good proof of concept and be aware that there is a longer gestation period for social enterprises to scale or make profits, typically between three to five years, at least. To achieve a good proof of concept, having domain expertise is helpful which can be gained either by working on ground or by associating with a good founding partner. Finally, while raising money from investors, entrepreneurs need to be wary that the investors’ forecast is achievable and vice-versa.”

(This article was first published on YourStory.)