This is part 2 of a series on healthcare impact investing within India. In part 1 of this series, we introduced the sub-sectors within healthcare that are not only imperative to the health of India’s base of the economic pyramid (BoP), but also financially attractive to investors. In this segment, we explore the field of Non-Communicable Diseases (NCDs), in particular diabetes and cancer.

Tackling NCDs is a better fit for private-sector investment

While communicable diseases (CDs), such as tuberculosis, malaria, and HIV are extremely important areas to address within Indian public health, the modern epidemiology within India includes several overlooked chronic, non-communicable diseases. Because public health interventions, such as health awareness campaigns, are often difficult to monetize, they are better suited for grant-fund NGOs and government initiatives. From an investor’s standpoint, the private sector may be a better avenue to address NCDs versus CDs. NCDs have been successfully addressed by for-profit models as there is a higher willingness-to-pay. Corporate hospitals and entrepreneurs are beginning to realize that immense patient populations and green-field markets can offset narrower profit margins among poorer rural and peri-urban patients. Further, because NCDs affect patients across socio-economic strata, many companies (and their patients) have benefited from cross-subsidization models such as Aravind Eye Care and Narayana Hrudayalaya Cardiac Hospital.

The most prevalent NCDs among Indian BoP patients include type II diabetes mellitus, cancers, and cardiac disease. A common thread among these illnesses is that preventive care and screenings create immense cost-savings both to the system and the patient. Annually, India spends over $30 billion towards diabetes treatment, and the associated costs account for 27-34% of annual household income of annual household income (AHI) among the rural and urban poor.  It is estimated, however, that a 75% cost-savings can be realized by channeling resources towards an outpatient model. Welcare, a Unitus Ventures portfolio company, has created a cloud-infrastructure of ophthalmologists to help screen for diabetic retinopathy among low-income patients who are otherwise unable to access the health resources.  Diabetic Retinopathy is the most common cause of blindness in urban, middle-class Indians, and it is preventable. Dialysis costs are prohibitive to BoP patients, which creates a large opportunity to provide affordable preventative services that disrupt this costly, late-stage intervention. 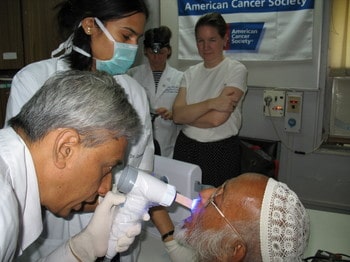 Like diabetes, the most prevalent and fatal cancers among India’s BoP can be prevented or treated at early stages. India reports the highest incidence of oral cancer globally, with 80,000 new cases a year. Because precancerous lesions always precede malignant cancer by 10-15 years, this window for early detection can improve survival from 50% to 90%. Preventive measures can be taken to bring low-cost oral exam screenings to the BoP, especially when performed by cheaper para-medical staff. These screenings, which cost less than $6 per person, would allow a hospital to reach large BoP patient populations.

Along these lines, SANA, an m-health collaboration between Harvard/MIT and Mazumdar Shaw Cancer Center (MSCC) in Bangalore, has developed one such affordable, phone-based screening tool for oral cancer. Dr. Moni Kuriakose, the director of head and neck oncology at MSCC, has said: “Most patients at our hospitals show up with stage-4 tumors that cost lakhs [thousands of dollars] to treat and the survival [rate] is 30 per cent. If detected early, the survival rates go up to 90 per cent and cost Rs 15,000-30,000 [USD $250-50] to treat.”

Other companies could provide smoking cessation programs to large employers of BoP populations to bend the cost-curve of tobacco related disease, estimated to be $1.7 billion in 2009.

Vaccinations are available for the leading cancer among Indian women 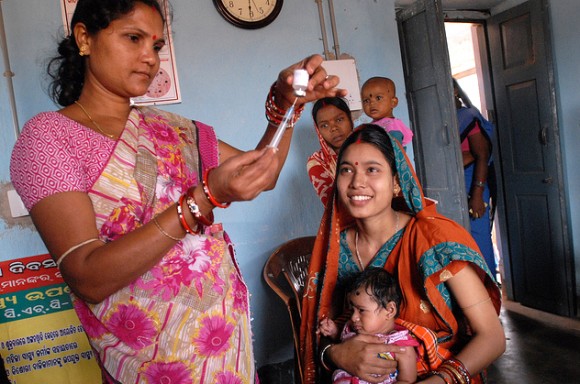 Among Indian women, cervical cancer accounts for 67,000 deaths per year, but can also be screened and vaccinated against at early ages.  Large epidemiological studies have shown presence of Human Papilloma Virus (HPV) in up to 99% of cervical cancer cases, 70% of which can be prevented by HPV vaccinations. While cervical cancer screenings in women are hindered by stigma of sexually transmitted disease and poor sexual education, HPV vaccinations at primary care clinics have increased due to a greater willingness-to-pay for pediatric health interventions.

Entrepreneurs can curb costs and complications of chronic disease

In all, NCDs exert an enormous physical and financial toll on India’s BoP. Many for-profit business models have found scalable and sustainable ways of providing for these patient populations. Many of these companies employ innovative and cost-effective techniques to diagnose and treat disease at early stages.

In the part 3 of the health series, we explore the expenses associated with these diseases and how entrepreneurs are working to help finance healthcare at the bottom of the economic pyramid.

India Healthcare: From Health to Wealth >
More about Healthcare >
Apply for our StartHealth Competition now >