I Want a New Drink – a Company We'd Invest In 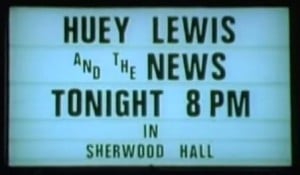 If rural consumers in India were signing an adaptation of this popular 1980’s song, their prospects for a healthy life would be completely different. But they don’t. Every year, hundreds of millions in India fall sick due to water-borne diseases. Untold millions constantly suffer from bone fractures due to drinking fluoride-affected water. The most unfortunate Indians are drinking water that puts them on an inevitable path to arsenic-induced cancer.

WHO estimates more than 7.5 lak (750k) deaths annually due to water-borne disease, with half of them being children dying from diarrheal disease. So many could be saved from this injustice if only two non-trivial things could be delivered at scale. The first is consumer demand for a “new drink” – affordable safe water. The second is a viable business model for commercial or public-private partnerships to meet consumer demand using existing technology.  This sounds easy, but obviously is not.

It’s the Business – Technology is Not the Problem

There are no shortages of technologies available to create clean water in India. They’ve been available for decades. Unitus Ventures’s recent article explains how a few of them work. The fundamental obstacle to the deployment of any of these technologies is lack of a viable business model. The challenge comes in three places: high capital expense, recurring operating costs and maintenance expenses, and low willingness to pay on the part of consumers. 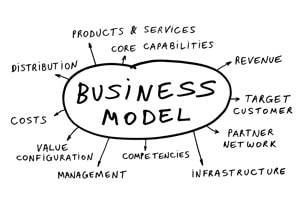 Even with organizations that get government or NGO funds to cover some or all of the capital expense, and in purification models with inherently low capex, the viability of rural water providers is not sustainable.  Most often, the consumer’s willingness to pay is not enough to cover operating expenses and provide an acceptable return to the investor. Another recent article from Unitus presents the math demonstrating the challenges in business model viability caused by the most fundamental issue: consumers’ unwillingness to pay.

We believe that the fundamental game changer relative to water will come from an organization that figures out how to activate consumer demand in a sustainable way. Once the demand is there, coupled with a willingness to pay the small price that’s clearly affordable to the masses, businesses that provide consumers with their “new drinks” can proliferate and thrive. But how does one change consumer behavior? In September 2013, The Safe Water Network described insights from research they conducted in Andhra Pradesh, and they published early results from a campaign aiming to “activate consumers”. While they have yet to publish the return on investment (ROI) analysis, we believe that  the expensive tactics they employed to drive demand and improve the generally low consumer price points show their efforts to be uneconomic, despite being effective in at least the short term. There have been many such campaigns and experiments across the country. 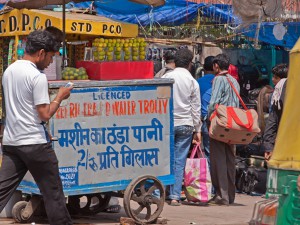 While it’s encouraging to see that consumer buying behavior can be influenced and changed, we are not aware of any programs that provide a positive ROI when accounting for water system capex and opex along with the cost of the behavior change intervention campaigns.  More recently, the organization released a comprehensive report that reviews the status and progress of the community water system network in India.  The report highlights the biggest issue faced by water companies- sustainable delivery.  High coverage costs coupled with limited willingness to pay has resulted in widespread failure.  Some organizations are experimenting with a model that serves urban communities and uses the proceeds to cross-subsidize rural operations, with varying degrees of success. We believe that an cost-effective plan for consumer behavior change around drinking water requires a link to adjacent revenue streams, as the cost of driving change will otherwise make an already-marginal business further lose viability. But which? We don’t have the answer yet but here are some ideas:

For the hypothetical company New Drink to be an attractive investment for Unitus Ventures, we’d want to see:

Unitus looks forward to meeting entrepreneurs that are on the path of building a water business that demonstrates the key attributes mentioned above.

Apply for consideration of your water business >