There is little doubt that the gig model has the potential to create a large number of new jobs. It is estimated that over 200 Mn people are considered part of the gig workforce globally. If executed well, the gig model can increase the efficiency and profits of companies employing gig workers, while also improving the service levels for the consumers.

In March 2021, Boston Consultancy Group published a study “Unlocking the Potential of the Gig Economy in India”. It said that the Indian gig economy “has the potential to serve up to 90 Mn jobs in the non-farm sectors of India (around 30%) with the potential to add up to 1.25% to India’s GDP through efficiency and productivity gains alone.”

ASSOCHAM’s estimations put the number of gig workers in India at 15 Mn before the pandemic hit. The numbers would have swelled as the two pandemic waves caused massive loss of jobs and businesses. 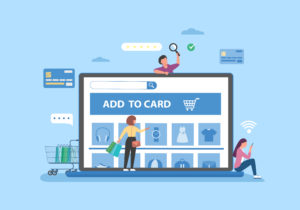 As of now, India’s gig workforce is dominated by lower-skilled workers, such as delivery executives, ride-sharing, micro-tasks, care and wellness, where the supply far outstrips the demand. As a result, the income levels of these workers remain low. If the gig model has to be successfully executed for jobs that require higher skills, then a drastic change is required in the operating model and supply creation.

India is currently staring at a massive skills gap across sectors. With gig platforms not willing to provide their workers with even basic benefits like paid leaves and healthcare, investing in their training and skill development is a far cry. Expectations from the government to provide social security and other benefits to gig workers since the 2021 Budget remain unmet. The 2022 budget remained silent on this as well.

In such a scenario, gig work platforms will remain relegated to the low-end, low-skill jobs, and the workers will continue to suffer from poor incomes.

For this to change, gig platforms need to incorporate new ways of thinking. It is estimated that participation in the gig economy is higher in developing economies (between 5-12%) than in developed economies (1-4%).

Many platforms claim that they are creating micro-entrepreneurs. They reason that since gig workers enjoy flexible work hours and the reward depends purely on their efforts, the platforms are empowering the gig workers.

But there is little evidence of that.

The recent protests by gig workers claiming mistreatment and a lack of benefits paint a different picture. Gig workers bear all the risks of being an entrepreneur but receive none of the rewards.

However, it is possible to develop a career path for gig workers, especially those in higher skill trades such as carpenters, electricians, smart home technicians and so on. In the current world of extremely short product life cycles and the digitalisation of marketplaces, the traditional apprenticeship model of skilling is too slow and unsustainable.

The gig platforms are ideally positioned to overcome many of these challenges if they think beyond the myopic view of just filling the low-skilled work at the lowest possible costs.

It has been argued that India has had the world’s largest gig economy, with more than 50% of its workers self-employed. And that the workforce is getting formalised with tech-enabled gig work platforms like Ola, Uber, Zomato, Swiggy, Urban Company etc.

Building upon the current momentum, the tech platforms can perform an initial assessment to determine the technical and cognitive ability of a person. This will allow the platform to align the person with the right trade. For example, a person who shows a higher ability to understand geometric patterns and simple arithmetic paired with a practical experience and interest in carpentry may suit areas such as modular furniture installation. While a person with more creative and artistic skills may suit the painting trade.

Such assessments can be achieved very well with tech, using AI and adaptive algorithms. Moreover, this stuff has already been done in white-collar and software programming jobs. The training and learning support can continue throughout the workers’ association with the platform, by way of the partner app. Furthermore, it can be tailored to meet their needs based on individual ambition and customer feedback.

Apply The Apprenticeship Model Of Learning

The apprenticeship model of learning and becoming a practitioner is centuries old and has proven its power not just in blue-collar trades but even in management consulting firms.

Gig platforms can also try to imbibe a similar model where they allow a new tradesperson to be an apprentice to a senior practitioner long enough for them to gain the confidence to become a micro-entrepreneur. Platforms can offer such apprentices a salary or a stipend.

Graduating To The Next Level

Once apprentices graduate and become micro-entrepreneurs, they can benefit from the immense backend and business process support that the platform provides. This can include taking care of increasingly complex processes like invoicing, accounting, GST, compliance, and so on. Additionally, the partner app can provide real-time job support through on-demand guidance for specific tasks they are executing.

Platforms that offer their workers such skills, apprenticeship and business support can then claim to be real ‘entrepreneurial engines’.

Platforms spend hundreds of crores of rupees on PR campaigns and hiring Bollywood stars as brand ambassadors. Instead, why not invest that money in the skill development of their workers to create the ‘professionals’ they claim to host?

An ideal way to do this would be to implement some sort of training and issue universally acceptable licences for tradespeople to practice or work.

Impact is the End Goal

The Government of India and the National Skill Development Corporation (NSDC) have taken initiatives with their Recognition of Prior Learning (RPL) program. Though gig platforms can take it a step further and develop simplified structures, akin to the Microsoft Certified Professional.

Platforms can shoulder this responsibility as they are the real beneficiaries of such a system. We should build platforms that are professional and create professionals. This will lead to a more productive India.

This article was originally published in Inc42  >