The problem is simple: For centuries, Indian artisans have built and sustained a rich tradition of cultural and religious crafts. As consumer demands shift, however, many workers find that they are left with a skill that cannot earn them a provisional place in a global market. In order to stop a long-lasting tradition from vanishing into obscurity, artisans are forced to re-evaluate the context of their skills and ask themselves an important question: What does the modern consumer want? 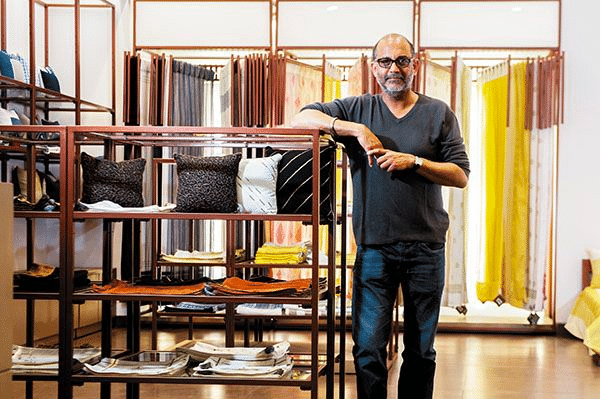 Kunal Sachdev, CEO and founder of Caravan Craft, thinks that he has the answer. “There are three reasons why someone buys a product,” he explains. “Functionality, aesthetics, and story. Unfortunately, the crafts in this country are left with pretty much only the story.” Caravan Craft uses this formula to upgrade and sell craft products in their stores. An artisan trained in the 500 year old art of bidriware, or metal craftsmanship, can now apply his ideas to one of Caravan’s most popular products: a USB drive with Bidri inlay. Caravan Craft has two stores open in Bangalore and Puneas wellasa chain of Duty Free outlets in international airports.

With over 105 million artisans working in India’s textile and handicraft sector, the need to revitalize the crafts tradition is becoming increasingly urgent. Typical interventions into the craft sector have involved government-funded investments that hope to revitalize livelihoods by providing them with more money to work with. This, however, has not done much: artisan workers continue to be one of the poorest socioeconomic groups in India. “We’ve got immense skills that exist in India,” Kunal explains. “The unfortunate part is that, while the government has attempted to resuscitate these corners, they’ve spent enormous amounts of money on things that haven’t worked. At the end of the day, there is nothing that connects with the consumer. Government interventions with good intentions are really just money going down the drain.“

Overcoming the conventional approach to solving artisanal issues was one of Caravan Craft’s most difficult challenges. “The biggest challenge was fundraising,” Kunal explains. “Our first hurdle was with the NSDC. When I first met the CEO, he told us that he couldn’t fund us because we weren’t a pure skilling training initiative. He sat with us for ten minutes. I explained to him that the government was spending more than enough money on the sector with no sign of impact. It hadn’t changed the life of the artisan. For any significant impact to be felt by the artisan, there has to be a market context. Unless you create a market context, then you have money going down the tube.  To be fair to him, he asked us to give him a couple of hours. He said, ‘I’ll speak with the chairman and get back to you.’ And, true to his word, within two hours he calls me back, and said ‘I spoke to the chairman, let’s look at what you want to do, and we can look for a solution.’ I understood the complications. It was their first time that they were looking at funding an initiative, and to think about funding a business… Those were tough times.”

Impact in the Future

Despite Caravan’s initial challenges, the future remains bright. Over the next few years, Kunal plans to expand Caravan’s reach to new horizons: “We plan to create a critical mass of flagship company operated stores. From there, we will have a chain of franchise stores that help us expand our presence and reach out to larger geographies around the world. We see ourselves creating a global brand.” Is Caravan Craft the final solution to artisanal poverty? The answer is unclear, but we do know one thing: Not many people can say no to a USB drive with Bidri inlay.