In 2013, approximately 70,000 Indian women died due to breast cancer; a 43 per cent jump from 2008. Over the last few decades, the average age of developing breast cancer has undergone a significant shift; it is now the most common cancer in urban India and the second most common in rural areas. This is mainly due to two reasons – delay in early diagnosis and lack of preventive breast health checks. Healthcare is low on priority resulting in most people presenting only when symptomatic, and on an average, most ‘symptomatic’ cancers are stage 2B and beyond (significant numbers in stages 3 and 4).

Mammography, a technique using x-rays to identify breast cancer isn’t feasible across India’s socio-economic pyramid, due to the equipment cost and the lack of radiologists. India has an abysmal 10,000 radiologists serving over a billion people as opposed to the US which has 100,000 radiologists serving four hundred million people. Therefore, in the West, over 75 per cent cases (stage 1 and 2) result in a good survival rate and there is an ever-increasing number of patients presenting with mammography detected cancer, with no symptoms.

India needs to reach this achievement and this is possible only with a deployable, scalable and sustainable solution which further needs aggressive promotion of awareness and screening.

UE LifeSciences’ flagship device, iBreastExam is a high-tech, ultra-portable and radiation-free device that has the potential to provide millions of Indian women access to a painless breast health examination and to early detection of breast lesions, for the first time.

UE LifeSciences Inc. (UELS) is a Philadelphia, PA based corporation with a mission to design, develop and commercialize globally adoptable and clinically effective non-invasive medical solutions. UELS creates automated and sustainable technologies that do not require highly skilled user base for accurate test administration and data analysis.

iBreastExam uses patented ceramic sensors invented at Drexel University, USA to detect subtle variations in breast tissue stiffness. Tumours being stiffer than normal breast tissue are detected in real-time by this novel sensor. The US FDA cleared iBreastExam is easily usable by ASHAs or ANMs in virtually any setting, performs bilateral breast examinations with results in under 5 minutes, accurately detects lesions with sensitivity higher than 85 per cent, has a low false-alarm rate (6 per cent) and does not cause any pain or discomfort.

iBreastExam pairs with a smartphone app (via Bluetooth) and as the scanning is conducted, the results appear on the phone’s screen. The app alerts the health worker if any abnormalities are detected so that she can refer the patient for further evaluation. A screening is expected to be priced as low as INR 100 (~$1.50) making it highly affordable to most Indian women.

According to a study published by the Indian Journal of Gynaecologic Oncology, iBreastExam demonstrated an increase of 19 per cent in detections, even picking up non-palpable cancerous breast lesions, as opposed to the physician clinical breast exam. 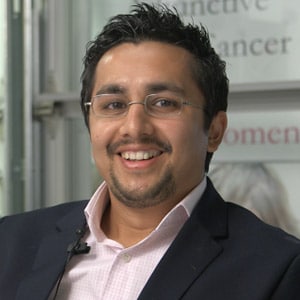 Mihir Shah, Co-Founder & CEO Mihir has significant experience in developing and commercializing innovative medical devices including NoTouch BreastScan™, InfraScan™, IQ™ and Zoe™. He co-founded UE LifeSciences in 2009 to develop innovative, low-cost and clinically-effective tools to battle the burden of breast cancer in geographies where incidence is on the rise and where western protocols for screening women is unadoptable or unsustainable.   SaveSave 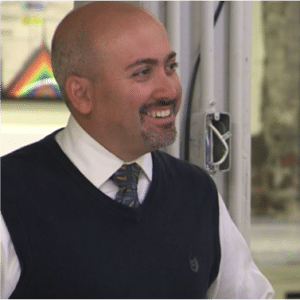 Prof. Matthew Campisi, Co-Founder & CTO Prof. Campisi leads product research and development including electronics design, software, analytics and signal processing aspects. In the past, he has led the product development efforts for various medical devices such as NoTouch BreastScan & Sentinel BreastScan. As an industry professor, he teaches at the Electronics & Electrical engineering department at NYU Polytechnic Institute.   SaveSave 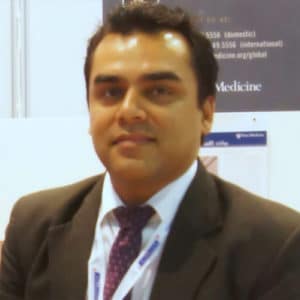 Bhaumik Sanghvi, Lead Operations (India) Bhaumik heads India based operations for UE LifeSciences and is the co-founder of our India office. He has been chiefly responsible for the management of clinical studies and providing training and technical support to R&D partners as well as customers in India. Bhaumik also manages sales and marketing of UE LifeSciences products and services in India as a part of his role.   SaveSave 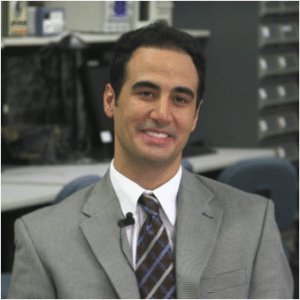 Hakki Yegingil, Co-Inventor Dr. Hakki is the co-inventor of the piezoelectric sensor technology used in iBreastExam; he directs iBE sensor design, fabrication and assembly processes. Dr. Yegingil holds a doctorate in Materials Science and Engineering from Drexel University, where he led the development of the first iBE clinical prototype, as well as the preliminary ex-vivo and in-vivo studies. He is granted multiple US and international patents for his work on piezoelectric materials and sensors. SaveSave